First announced in late August, Saint Martin and Grand Case are about to be the first sceneries to be released for Microsoft Flight Simulator by Airworthy Designs. Although the sceneries will be ported from X-Plane 11, every asset will be revised and updated in order to fully use the potential of the new simulator.

Today, the developer has taken to their Facebook page to share a total of eight screenshots of their upcoming rendition of Princess Juliana International Airport (TNCM) located on the island of Saint Martin in the Carribean.

Screenshots from both daytime and nighttime were shared previewing the airport itself and the close surroundings.

No information was shared regarding the expected release date or pricing conditions. We should, however, receive more previews soon. The screenshots are showcasing early versions of the scenery therefore may not be showcasing the final product.

Saint Martin airport is very infamous for being one of the most dangerous airports in the world, the approach is quite challenging due to its location on the island, with a beach just a few metres from the runway, making it a thrilling yet dangerous spot to plane spot. The aircraft sees operation from major Airlines such as Air France and KLM, which mainly use A330’s to operate long haul flights from and to France.

I've been a flight sim enthusiast for some time now, and I've always enjoyed flying to various destinations all over the world, but my favourite airport is by far Corfu. I started this news site in May 2019 and since then my main goal is to keep you informed about the latest stuff happening on the scene. 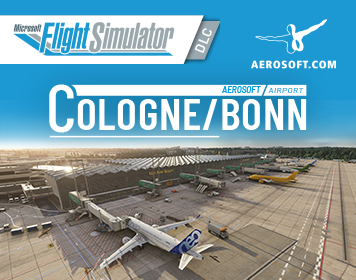