X-Plane 11 addon developer JARDesign recently shared some exciting news regarding their A340-500 addon, they today previewed on their YouTube channel the new taxi camera which will be featured in V1.3 of the addon. The taxi camera was originally planned to ship with release, but JARDesign decided to remove it because of poor quality. After overwhelming support of the inclusion of the taxi camera, JARDesign have decided to bring it back.

JARDesign also assures it’s customers that their A330 and A320 addons will still be receiving updates.

JARDesign estimates the taxi camera update may release next week. 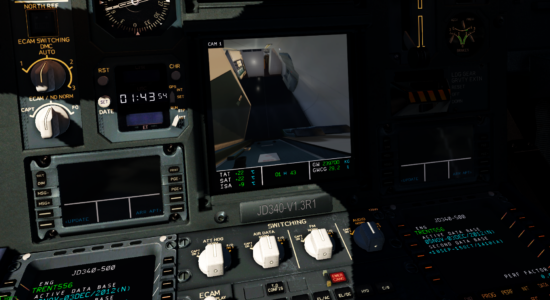