Well-established scenery developer most known for their Prepar3D sceneries, LatinVFR, has earlier this month released a new scenery for Microsoft Flight Simulator. While it is usual for developers to recreate public airports, LatinVFR took a different approach with this project. They have decided to cover a Marine Corps base in San Diego.

The Marine Corps Air Station Miramar (KNKX) serves as home to the 3rd Marine Aircraft Wing aviation unit. If you find the airport familiar, it is maybe because it was home to the original 1986 Top Gun movie.

Presumably, the developers have decided to recreate a military airport as the demand has increased with growing military jet renditions.

As with their other projects, this one features the usuals. From hand-made PBR ground markings and textures to realistic airport lighting. The developers have also accurately recreated various military jets placed around the airport.

The scenery can be purchased through the developer’s website for a very nice $8.99, or about €7.95.

REVIEW: The LatinVFR A319 – Poor Product, or Pretty Fun? 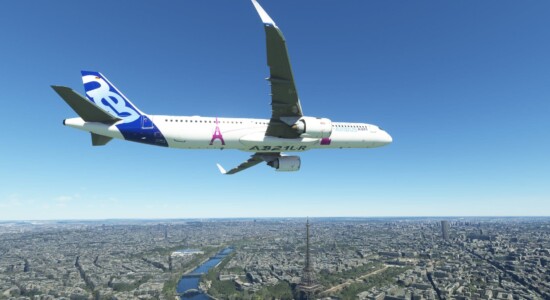