Gatwick airport is one of the five airports located in the area of London, and it is the second-largest one, following London Heathrow. It serves as a hub for airlines such as Easyjet, Norwegian, Virgin Atlantic or British Airways. It has been opened back in the 1920s. The first commercial flight from there occurred in 1933.

Origami Studios said that the Microsoft Flight Simulator version of the scenery will differ a lot comparing to the X-Plane 11 one. It should be more up-to-date, as there are certain areas of the terminal that has changed significantly in the real world. This will include the new A380 pier and construction works on Pier 6.

Speaking about the features, comparing the scenery to the X-Plane 11 one, it will have more optimal UV/Texture mapping, more ground details, custom ortho, support of Microsoft Flight Simulator based features and more.

Even though the announcement was made through the iniBuilds forums, the developer has shared more previews of the scenery through their Discord server. The previews show the exterior of the terminal and details such as glass reflection and the tower. The surrounding area was also previewed.

There has been no further information stated by the developer. There’s no release date yet, as well as a full feature list and the pricing.

And last, but not least, the developer has teased a 3D vehicle, which will be included in their next scenery for X-Plane 11, there has been no information about this yet, however, from the vehicle brand, we can be at least 70% sure that it will be a scenery located in the United Kingdom.

My aviation enthusiasm started back in March 2016 and since then I fly almost every day when I have time. I always like to discover new places or new things. The vehicles or any kind of technical things always fascinated me. As I was younger, I was also a journalist in a school magazine, so when I got an opportunity to write articles about my favorite hobby, I immediately jumped in. 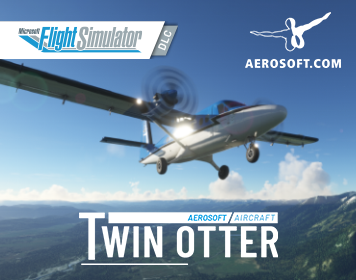