Welcome to Simcident Report, where we take a look at noteworthy, dramatic, and historic events in flight simming.

Today we bring you the story of Walker Air Transport, one of the largest and most active virtual airlines in modern flight sim. What began as a benign series of screenshots posted by enthusiastic airline pilots would soon turn into a fight between the r/flightsim subreddit and Walker pilots. The story would take a very strange turn when a number of pilots reported incidents of harassment, intimidation, and doxing by the airline’s founder. What happened?

But first, let’s start with the obvious question for the uninitiated…

What the Hell is A Virtual Airline?

From the early days of flight simming, there was a bit of a problem. By their nature, most flight sims really have no goal, and there’s only so many times you can fly over your own house, explore famous landscapes, or perform low-level acrobatics through major metropolitan areas before the experience grows stale.

Flight sim developers have over the years added more features to provide a more goal-oriented experience for players such as missions, flight training, or community challenges. The community has also stepped in to give flight simming a greater sense of purpose as well with utilities and sites such as NeoFly and FSEconomy adding a career mode aspect to flight sim by awarding players virtual currency in exchange for flying virtual cargo around the virtual world. Multiplayer services like VATSIM and IVAO simulate a real-world air traffic control environment with pilots and controllers communicating and coordinating traffic around major airports. Finally, we have virtual airlines or VAs, which exist to simulate the experience of flying for and operating a major air carrier.

Virtual airlines have been around for almost as long as flight sims themselves, and are considered some of the earliest examples of online multiplayer gaming. Virtual airlines can model themselves after a real airline using the real-world airline’s routes, aircraft, and schedules, or be built from the ground up with their own liveries, routes, and history.

In the universe of Walker Air Transport, the airline started in 1998 in Jacksonville Florida with a single Cessna 172 and later a Beechcraft King Air 350 before finally expanding in 2019 to become a large carrier offering cargo, charter, and scheduled flights.

In the real world, Walker Air Transport was founded in 2019 by Storm Walker, a self-proclaimed flight sim fan since Microsoft Flight Simulator 1998. Storm spent a considerable amount of time cultivating his brand, becoming a regular contributor at r/flightsim. By October 2020, the virtual airline claimed a membership of nearly 300 pilots.

Pilots heaped near-universal praise on the airline for its ease of integration with all major flight sims, extensive fleet of aircraft covering nearly everything available for the major flight sims, vibrant community, and freedom to fly basically any route. For many, the airline was a breath of fresh air in an imaginary industry filled with strong personalities and outdated policies and software.

Visibility helped the airline grow, and its members weren’t shy about posting pictures of the virtual airline’s planes. Storm encouraged this, after all, more eyes mean more members.

By August of 2022, membership had ballooned to well over 2,000 pilots… and some backlash against the virtual airline was brewing.

Pilots, and Storm himself, had a good-natured laugh about the cult-like perception of the airline with some hilarious in hindsight joking about how the airline was clearly stalking them.

Joking aside, Storm was very protective of the Walker brand. When another VA ripped off their liveries for use on their own plane, Storm quickly had the livery taken down and then reached out to the user on Reddit.

Some vocal critics weren’t very appreciative of the proliferation of Walker Air Transport. The most common complaints were around the airline’s trademark livery which people were growing tired of seeing plastered all over the subreddit, and the airlines’ heavy presence in VATSIM. The screenshot issue had some users crying foul that Walker was shamelessly skirting the r/flightsim rules by engaging in self-promotion.

On their own, these petty squabbles didn’t amount to much drama at all. Walker Air Transport continued to grow, Reddit continued to complain, and the circle of life continued. It would take something spectacularly stupid to ruin Walker’s good fortunes.

A Storm of Controversy

Been flying with Walker the last week or so and love the added direction and purpose it gives my flights, and smartCARS is so easy to use. I do wish they had more attractive liveries, though.

Obviously, there was no way Storm could take that insult(?) laying down. He reached out to the pilot via Reddit DM addressing him by his Walker Air Transport callsign WAT2600.

The pilot responded with shock and horror that Storm had linked his Reddit account to his Walker Air Transport information, information which included his real name and email address. Storm offered to remove the pilot from the airline since he hated their liveries so much.

The pilot posted screenshots of their interactions with Storm to r/flightsim with a warning, Beware. The owner of Walker Air linked my username identity to my Reddit account and tried to threaten me because I barely criticized their liveries. The post gained well over 3000 upvotes becoming the highest-voted post of all time on the subreddit and even hitting r/all, a rarity for flight sim.

Storm defended himself by calling the pilot “some whiny kid who got called out”, in a comment that was downvoted to oblivion and eventually deleted. The critics in the flight sim community had had enough of Walker Air Transport, and with an incident to rally behind was all too happy to dance on the airline’s grave.

Comments poured in from other Walker pilots, one of whom posted an image of their own incident of Storm messaging them on Reddit using their real name.

The Reddit lawyers and law enforcement experts said Storm should be reported to the FBI or was in violation of the GDPR. Pilots expressed fear that they would be the next victims of doxing. Other commenters debated whether or not what Storm did even constituted doxing.

Even the mods of r/flightsim, notorious for fanning the flames of controversy against shitty behavior in the flight sim community, jumped into posting screenshots of reports from pro-Walker accounts.

Still, Storm and Walker Air Transport had their defenders. On their Discord, admins defended Storm saying that he had simply overreacted a little bit and insisted that he didn’t use any private information to find the user on Reddit.

Some Walker pilots tried to carry on as if nothing had happened but were quickly dogpiled by comments accusing them of being alt accounts for Storm.

And of course, someone took the opportunity to improve the Walker Air Transport livery that had sparked such drama, with the smiling approval of r/flightsim’s mods who were tired of Storm’s power trip.

A Break In The Storm

With his pilots turning against him, Storm had no choice but to back down. He posted a statement to the Walker Air Transport Discord which was in turn reposted to r/flightsim.

I want to start this off by apologizing to my pilot base. Each and every one of you are the sole reason this airline has been successful. With great success comes a lot of pressure and stress—one of those is dealing with the negativity that seems to flourish on Reddit. Countless times I’ve been told of something, shown something, or seen it within the channels of Discord. To protect our brand and continue to be who we are, I find myself challenging it and, in some cases, reacting in ways that are not in our best interest.

I was told of a pilot who was clearly “unhappy” and although to many the comment was “meh”, to me it was just another attack. The pilot made a comment that he had been flying with us for only a week, so it wasn’t difficult to figure out which of the 3 most active “new” pilots he was. I took a stab at a random number, and I messaged him. The person immediately responded, “That’s weird how did you know that?” and then proceeded to assume that I used personal information to connect him to his Reddit account.

The pilot claims that I used his personal information to identify him on Reddit.

That is not true.

None of the information above connects his Reddit account to our database. As previously stated, I simply looked at our most recent new pilots and took a literal “wild guess” at who he was.   Unfortunately, me reaching out to the pilot resulted in him posting a portion of our conversation on Reddit. It has put us in the light of a Sub that already dislikes us because of our pilots posting every day.

What am I going to do about this?

I apologize to all of you for my action. I have learned my lesson and will do better, be better. I am going to move forward and use this as a lesson to grow upon, to continue building on the positive things we already have.

I hope that you continue to fly for the airline and enjoy all that it has to offer. However, I completely understand if you choose to depart.

If you wish to be completely removed, including all personal information, send an email to [email protected] and the staff will delete your data.

Again, I am sorry that this happened u/everyone.

Storm’s apology was almost as divisive as the incident which prompted it. Many saw Storm as violently overreacting to constructive criticism, and this non-apology basically amounted to “I didn’t do anything wrong but I’m sorry you were upset.”

Some were more understanding and willing to look past Storm’s actions and move on. After all, Walker Air Transport was a community of over 2000 people strong, and the actions of one person shouldn’t mean everyone should abandon the community. …even if that one person is the guy in charge of the whole operation.

True to his word, Storm deleted his Reddit account. The number of Walker posts on r/flightsim has definitely slowed down considerably, with the ones remaining gaining plenty of comments remarking on the attractiveness of the liveries or calling the airline Stalker Airlines.

It’s hard to say exactly how many pilots actually left the airline as a result of the doxing controversy. Walker’s website still boasts well over 2000 pilots and perhaps the notoriety has even helped them out a bit in their expansion.

In the end, despite the controversy, and because basically nobody in the flight sim community ever suffers permanent consequences, Walker Air Transport still pops up as a suggestion for people looking for a fun and casual virtual airline to fly for. You just need to look past the history… and please don’t comment on the livery. 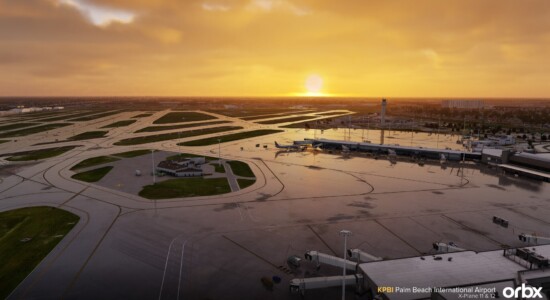 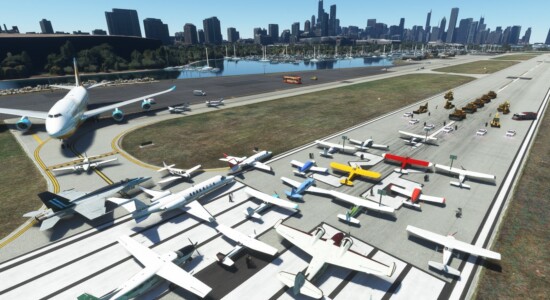 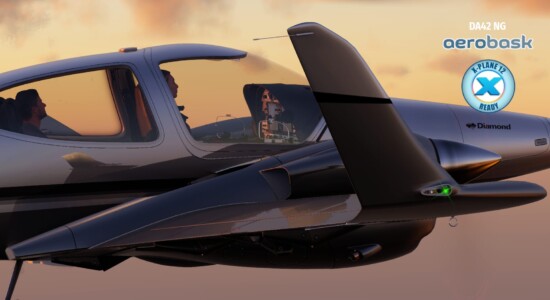