FSimStudios, in collaboration with Canada4XPlane, has today released their Kelowna (CYLW) scenery for X-Plane 11. The scenery is made with the assets from the P3D version, but it’s not just a port over. Kelowna is the first of FSimStudios’ Canadian airports for P3D to be released for X-Plane as well. Edmonton and Calgary will follow after, as will Vancouver. The airport has released ahead of June, which was the team’s original plan.

The scenery also features the heliport of the nearby Kelowna General Hospital (CKH9) and Orthoscenery covering all of Kelowna city. The buildings in the city are also custom made, as are the landmarks. A full feature list can be found at the bottom of this article. There’s good news for users of FSimStudios’ P3D version of Kelowna, as they get 20% off if they buy the scenery on FSimStudios’ website. The product should also become available on the X-Plane store in the coming days.

If you’re interested in this product, you can purchase it from the FSimStudios website for €17.99 or $19.99. Note that if you want the 20% discount, you first need to validate your P3D license here. It may take up to 12 hours for the discount code to be sent to your email, as the team are doing everything manually. 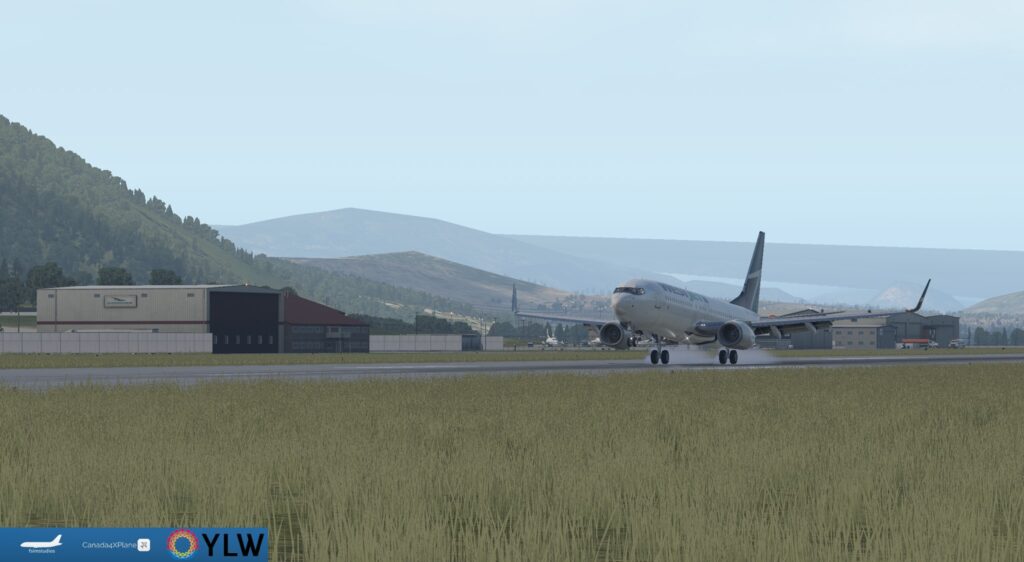