Like last year, Pyreegue talked about his 2023 roadmap on the Orbx forums, including product updates and release plans.

Not long ago, Pyreegue previewed the East Midlands Airport for Microsoft Flight Simulator. His screenshot shows the incredible level of the interior, including the reception area and the hangar. This seems to shift airport interior standards to a new level. You can read this report for more information.

This airport was originally planned to be released last year. But as a Ukrainian developer, 2022 was not easy for Pyreegue. He said constant power outages and stress really influenced his life and disrupted his release schedule. That’s why, in his roadmap, he pushed back the East Midlands to 2023 and cancelled the Aberdeen scenery.

Nonetheless, he still describes 2022 as the biggest year for him in terms of growth and development, with exciting releases, new heights, and an ever-increasing quality of the projects. He promised to bring the East Midlands incredible attention to detail and a slew of exciting features this year.

He also plans to update his widely acclaimed Edinburgh to v2, including a plethora of redesigned models, textures, mesh, and custom satellite imagery. Some Ukrainian airports will have smaller updates too. Meanwhile, he mentioned that due to the war, he does not know the situation and changes in these airports, so this plan might be greatly uncertain.

Finally, Pyreegue stated that he will bring a new, undetermined UK airport that is open to suggestions. So far, the call for Luton, Stansted, and Leeds Bradford is high. Perhaps we can expect them with detailed interiors in the future. If you want more roadmap information or to share your suggestions, you can refer to this post on Orbx forums. 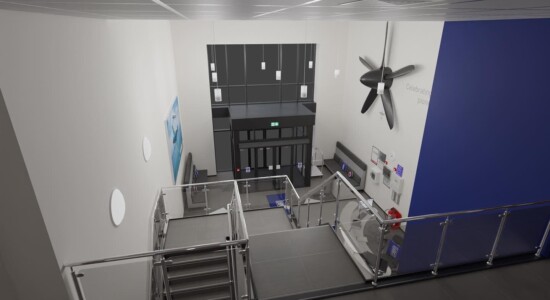 Pyreegue Details His Plans For 2023 Pyreegue to Release Belfast for MSFS This Weekend