Majestic Software has a few days ago released a new version of their well-known study-level rendition of a Bombardier Dash-8 Q400 for Prepar3D. For a new user in the community, all versions of the aircraft may be quite confusing, as it was for me when I first saw them.

There are currently three variants available, including the new COCKPIT variant. The PILOT version of the aircraft is the most basic one offering the least features. It’s basically the version you would want to get if you’re not looking into learning all procedures, but more of a casual flyer.

Then there’s the PRO variant which is intended to be used by flight simmers who want to learn something about the aircraft, but can live without a few features. Further, there is the TRAINING variant in development which will offer the user the ability to recreate basically all procedures accurately in the simulator.

The most recent variant, which was released just a few days ago, is called COCKPIT. It offers all features the other variants offer, including what will the upcoming TRAINING variant offer, plus better compatibility with home cockpit software and hardware.

But for now, if you want to purchase the COCKPIT edition of the Majestic Software’s Q400, you can do so through SimMarket for about €300 with taxes excluded. 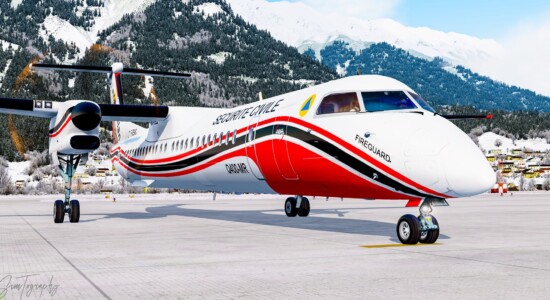