Thrustmaster TCA Sidestick Airbus Edition – a product behind which a big hype has been created quite recently in the flight simulation community. It is the first product by Thrustmaster made in cooperation with Airbus, an airliner manufacturer. As a result of that cooperation, the sidestick is an Airbus licensed product in a 1:1 scale. A throttle quadrant is also currently in preparation to be sold in late September 2020.

Today, I got the chance to get my hands on the sidestick and would like to share with you my true opinion about it based on my experience using the peripheral. Before I start, I would like to thank Thrustmaster for being so generous to provide me with a review copy.

The box in which the sidestick came has a very sleek design and basically showcases the whole product and its features. In comparison with previous design styles, this one is really a big improvement.

I was very surprised at what I’ve seen after opening the box as the sidestick was packaged in a very simple, and easy way. When you purchase the sidestick, the package will contain the sidestick itself, a manual, and swappable button modules that are great if you’re right-handed, or the opposite, since you can change the orientation of the sidestick.

Overall, if I should summarize my feelings about the hardware quality of the product in one word, I would probably use word robust. Although the sidestick is quite heavy in comparison with the previous Thrustmaster joysticks, you can feel that it’s not something that would break instantly if it falls from the table. The same goes for the material, when using my previous joystick, I could really feel the plastic, but when using the sidestick, you won’t even notice that it’s plastic.

I found a small issue when using the sidestick that will be explained below in this section of the review. It has to do with the throttle axis, which is not very well done, in my opinion.

I need to say, that when flying, the sidestick feels very realistic and sturdy. The simulator recognized even the smallest movement with the sidestick, and genuinely speaking, it adds a lot of immersion to the simulator. It took me, personally, about an hour to get used to the sidestick as it’s a totally different story from my previous joystick. Trust me, there is a big difference between previous Thrustmaster joysticks and this one.

What I don’t like about the base is the throttle axis, which in my opinion is not very practical, and for sure, not easy to use. The spot where the throttle axis becomes reverser is marked only visually, and it happened to me more than once that I toggled reversers on the ground when taxiing or when starting the engines. It would be a nice touch to add some kind of click sound or “barrier” to not trigger reversers during the landing, taxiing, or startup. Not to forget, the axis is very small meaning, that you need to be very gentle when using it. The control of the axis is also not very solid and feels wobbly. This is something, that could be improved. As mentioned earlier, the throttle quadrant is coming later this year which should solve the issue.

I also really like the way the USB cable gets out of the base as it’s really hard to damage the connector. Basically, the cable comes out of a small hole in the back of the base meaning, that if you’re trying to bend it, you are basically bending the cable, not the connector. This is, in my opinion, a really useful detail to have.

Although there are no suction cups on the base, the sidestick holds very nicely on the table without any problems.

Usually, when something is modular, it’s not good. I will try to justify my opinion on modular things in this example: If you put three LEGO bricks on top of each other, and they fall from the table; there is a higher chance they will break apart than if you have only one brick. This is a simple rule overall in current technologies, and I was very skeptical about the swappable button modules on the sidestick. To my surprise, Thrustmaster has handled this modular thing in a great way. Switching the buttons is easy as you only need to unscrew and screw in the two screws again and you’re done. The modules fit in the gap perfectly, and it’s very easy to match the connectors.

Although it would be very hard to implement such a thing, it would be a nice feature to have some kind of small storage place in the sidestick base to put the not used modules there as you can lose them very easily when not using them. A small screwdriver in the package would also be a very nice touch.

As mentioned earlier in the review, the sidestick has been designed after the original Airbus A320 sidestick. I think, that Thrustmaster has achieved the best between the original sidestick, and a usable joystick for flight simming. My first impression was that it looks exactly like the sidestick in the aircraft. When looking closer at it, the head of the sidestick is designed a bit differently to add buttons.

I really like the minimalistic design of the sidestick, especially the matte color scheme with the new Thrustmaster logo on the back of the base, and the Airbus logo on the front of the base.

The design is very well done as it does not bring much attention to the base as to the sidestick itself which is the main reason why someone would purchase the product.

Thrustmaster promises Plug & Play experience, which is, in my opinion, not true in one part, especially when using X-Plane 11. I can’t speak for Prepar3D users as I don’t own Prepar3D. The sidestick will install drivers automatically from the internet, so there is no need of searching for drivers or installing them manually. When I first started the simulator, I expected to see some buttons preconfigured, or at least the axes which are almost every time the same.

I did spend at least twenty minutes configuring the sidestick. I know, that preconfiguring buttons wouldn’t be very useful as every pilot prefers his own layout, but preconfigured axes would be a nice touch which even older joysticks had. Other than that, the installation and configuration are very straightforward, and easy.

In conclusion, if you’re currently using one of Thrustmaster’s previous cheap joysticks, I highly recommend you to upgrade as this is a whole new level of simulation. For the price of approximately €70, it’s also a very good joystick for newcomers to the flight simulation. The sidestick recognizes even the smallest movement, feels very nice and sturdy, and although it is plastic, it feels like something with a price of over €100!

Don’t expect to be able to fly War Thunder or DCS with the sidestick as it would be very hard to do so. It is intended to be used in civil aviation simulation. If you want to purchase the TCA Sidestick Airbus Edition, you can do so for approximately €70 in many outlets. 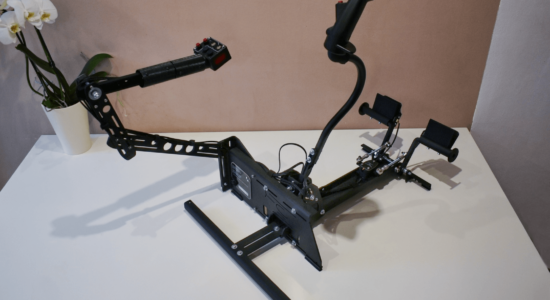 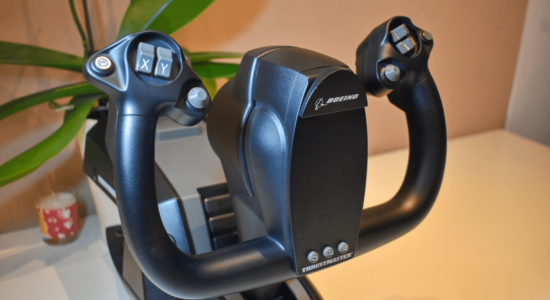 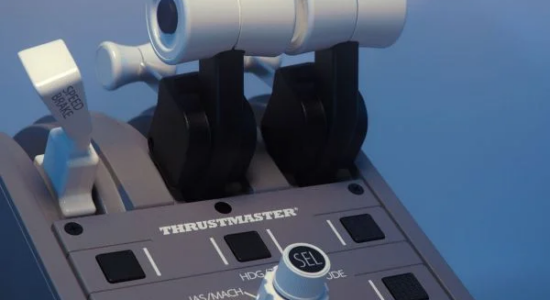