Stairport Sceneries have recently released their own ground handling plugin for X-Plane 11. Officially known as GroundService, it promises to deliver a vast array of innovative features. I, thanks to Stairport Sceneries, got a hand on the addon and will share our first impressions with you through this article.

If you want to learn more about the addon, you can read the previous article from George on the release here, or our interview with Marten from Stairport Sceneries by clicking here.

The installation was very straightforward, in our case through the Aerosoft One launcher. Otherwise, if purchasing elsewhere, it might differ a bit. Nonetheless, once I had it installed, it was only left to activate it through the user interface.

As with other addons of this kind from Stairport Sceneries, the activation, as well as general management, is done through the SAM plugin interface accessible from the Plugins tab in the menu.

I don’t really find that ideal as it is rather hidden in the interface, however, I understand what made the team do it this way.

Everything related to the ground equipment is controlled through the SAM plugin interface. If you’ve ever come across JarDesign’s Ground Handling Deluxe, don’t expect SAM GroundService to be any similar.

Stairport Sceneries took a different approach and rather than letting the user control each individual vehicle, it does everything for them. It has its pros and cons, needless to say, but I prefer to have the option to have control over the vehicles.

GroundService, on the other hand, lets the user only select the desired payload, fuel, number of passengers, and services. It does not allow the user to control each individual vehicle. Marten confirmed in our interview, that everything is loaded up in real-time with custom animations.

The developers have also, however, included an option to skip the real-time loading and load the aircraft instantly, which is a really nice touch.

When it comes to the actual ground handling vehicles, they are done to a high level of detail. Of course, the developers had to keep the performance in mind therefore you should not be expecting to get every little screw detailed.

However, unless you really don’t go very close to the vehicles, you will not notice any missing details. After all, GroundService is a ground handling plugin, not a catering truck simulator. I would say the developers found a decent spot between immersion and optimization.

There is a large variety of ground handling equipment models. They all make use of cm-precise docking which the developers prepared exactly for each of the supported addons. I did not come across any collisions of the vehicles with each other or the aircraft.

When the aircraft you want to use is not officially 100% supported, the interface will not allow you to call for certain services. This is an easy way to avoid any unwanted collisions and loss of immersion. This is a really nice detail that will prevent the unnecessary feeling of insufficient product quality.

The set of previews below is showcasing the ground handling vehicles at Luqa Airport (LMML) in Malta.

All vehicles are region-accurate. Thus, you will find different vehicles in North America than those in Europe. I put below a group of screenshots showcasing the ground handling equipment when I loaded the sim at New Orleans Airport (KMSY) so you can compare them with the ones above, taken in Luqa.

I hope that this article offered you another perspective on what the addon offers. My first impressions of the addon are good, however, I am still a bit on the edge when it comes to the rather steep pricing.

Nonetheless, we are going to do a full review of the addon once we have enough experience with it. In that, we will focus more in-depth on each individual feature and give you an even more extensive idea of what to expect.

If you want to purchase the addon in the meantime, you can do so through the Aerosoft store for around €29 with the VAT excluded. We advise you to try out the feature-unlimited demo version of the plugin that is only limited by time to 10 minutes. 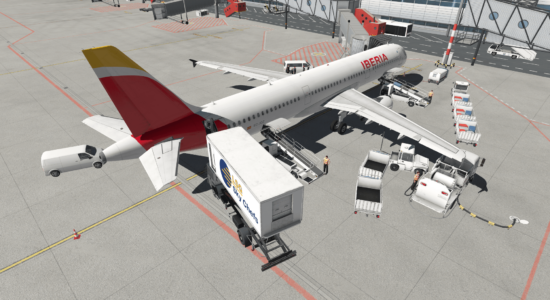 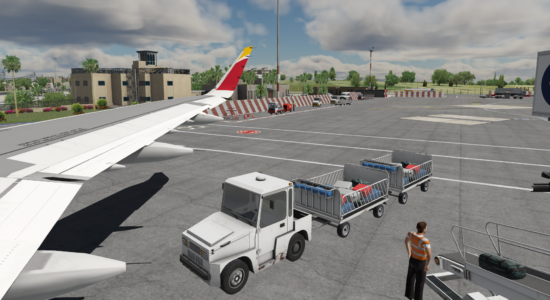 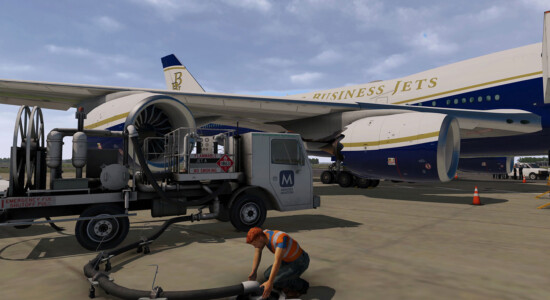 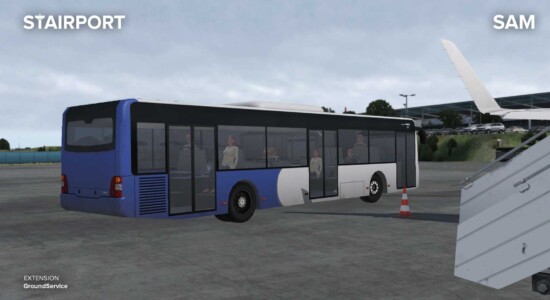 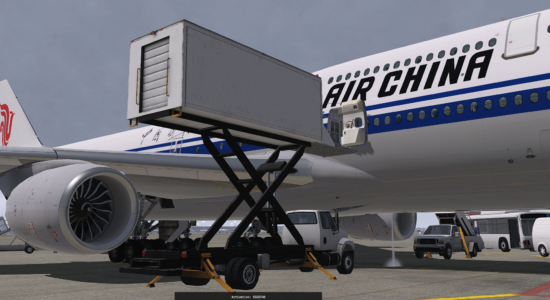